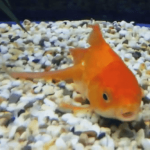 Goldfish shouldn’t spend long periods sitting at the bottom of their tank. If they are, it may be the sign of a problem. 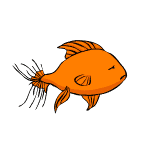 The condition known as congested fins is easy to confuse with fin rot, and can be particularly hard to correctly identify in fish who have red fins.

Congested fins lead to the tail and fins taking on a torn and ragged appearance, without any external trauma having occurred to cause the tearing.

While any of the fins or the tail of the fish can be affected with the condition, it is most commonly seen in the caudal fin before progressing to other areas of the body if left unchecked.

In serious or protracted cases of the condition, the fins will begin to split vertically, and are highly likely to fall prey to a secondary attack via fungal infection.

In advanced cases of congested fins, the Cyclochaeta parasite may also be present, but it is not thought that parasitic infection causes congested fins to occur in the first place. 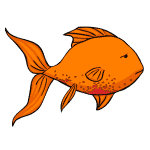 Of all of the parasitic infections that can affect goldfish, Costia is one of the hardest to identify. It can only be seen under a microscope and – even then – can be hard to spot.

But despite its small size, Costia can have a serious effect on goldfish if left untreated.

If you are worried that your goldfish may be suffering from this infection, or you want to know the warning signs to look out for, read on to learn more. 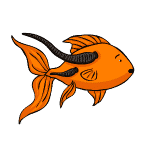 Leeches live by latching onto a living host (such as a goldfish) and feasting on the blood of the host, before detaching and dropping away when they are full, and then repeating the process every time that they are hungry.

Understandably, leeches can pose a health hazard to goldfish, both through blood loss and through the risk of infection to the abrasions left behind after they detach from the skin. 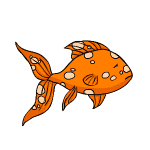 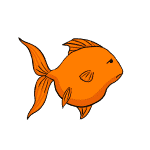 So, if you’re wondering how to tell if your goldfish is constipated – and what you should do about it if so – then read on to learn more about constipation in goldfish. 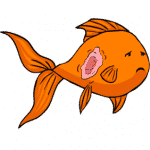