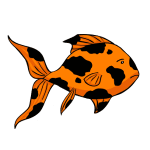 Black smudge or black spot in goldfish is probably one of the most commonly seen goldfish health problems, and one that has many different potential causes.

Black spots or smudges are often indicative of disease or illness in the goldfish, and many goldfish will display blackening across part of the body or the fins and tails over a long period of time without the condition worsening greatly or appearing to have a massive impact upon the health of the goldfish.

However, black spots or smudges should not be considered normal and it is important to do what you can to tackle and treat the problem. 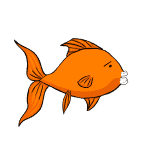 Cotton mouth is not one of the most common afflictions of goldfish, but is one of the more serious ones and one that often gets wrongly diagnosed. It can lead to a wide variety of health problems in the goldfish, and should be dealt with as soon as it is spotted, as it is very contagious and can soon go on to affect all of the goldfish within your tank.

If you want to ensure that you will be able to diagnose and treat cotton mouth if your spot it, read on to learn more. 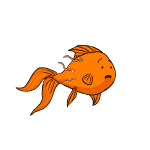 While there are two different types of fluke parasite- gill flukes and body flukes- treating them and eradicating them is undertaken in the same way. 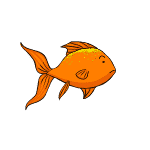 Read on to learn more about velvet, how it is caused, and what to do about it. 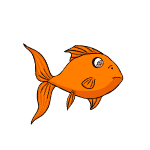 Read on to learn more about hole in the head, plus what you can do to help your goldfish if they are afflicted with this condition. 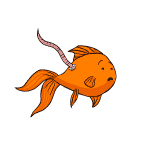