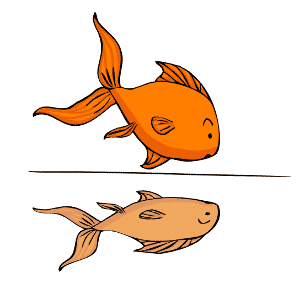 There are many different materials available to furnish the ground of your goldfish tank, and at least as many different opinions on which is the best for using with goldfish!

Goldfish are relatively destructive fish compared to most other species, as well as some of the most voraciously hungry, which may even suck up some of the substrate itself if sand or gravel is used with them!

So one option that is more common for using with goldfish than with other types of fish is simply to leave the bottom of the goldfish tank bare.

Are you wondering if leaving the base of the tank bare might be the best way of dealing with the choice of what substrate to use for your goldfish? Read on to learn about the pros and cons.

Contents hide
1 Benefits of a bare goldfish tank base
1.1 Potential problems with a bare base
1.2 Conclusion

Benefits of a bare goldfish tank base

One of the most obvious benefits of leaving the bottom of the tank free from any substrate is that cleaning the floor of the tank becomes really simple, as you do not have to sift through gravel or sand to clear the waste left behind by your goldfish.

Also, as there is no gravel or other solid substrate present to collect waste products, there is less possibility of the water taking on the off-color or yellow tinge that often accompanies the lifecycle of decaying organic matter. This means that there will be less bacteria present overall within the tank.

Goldfish are famous for rooting around in the substrate and sucking up sand or gravel, which can potentially lead to health problems that do not occur if there is no substrate to get at.

It also provides a little more room within the tank to allow your fish to swim, which can make a lot of difference if your tank has a large surface area but is not very deep.

Potential problems with a bare base

First of all, the appearance of a bare bottomed tank is not appealing to everyone, and some fish keepers feel that it makes the tank look unfinished.

Added to this, fish generate a lot of waste, and this will be very prominent and visible on the bare floor of your tank, something that can look unattractive.

The growth of algae within the tank and any green algae breakouts will also appear much more prominent against the bare glass base of the tank.

If you wish to grow plants within your tank, these must be grown in pots, as there will be no substrate present for them to put down roots into, restricting the potential growth of your plants.

You will also be restricting some of the natural behaviors of your goldfish by not providing a substrate, as goldfish like to dig about at the base of their tank, behavior all goldfish keepers are familiar with observing.

Keeping the base of your goldfish tank bare is one of those debates that largely polarizes goldfish keepers, with some people swearing by it and others being strongly against the idea.

Ultimately, the choice is up to you, but keeping the tank bottom bare is particularly worthy of consideration if you have had problems with your goldfish eating the substrate of their tank before, or if your tank is rather shallow.