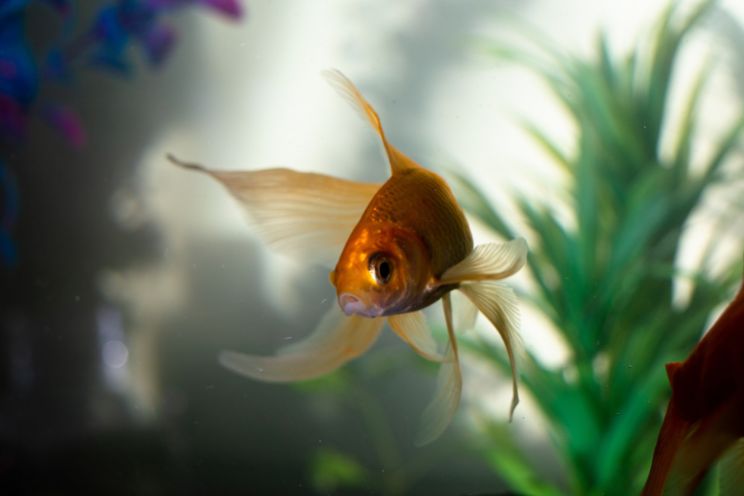 As winter rolls in, you may start looking at purchasing a heater for your fish tank, or you may be wondering if your current equipment is enough against the bitter cold.

In this guide, we aim to explain what types of temperatures are ideal for aquarium fish, how to use glass heaters and how to work around cold temperatures.

What temperature should a fish tank be?

It is impossible to give an exact figure on this as it is a very vague question – every fish needs different temperatures to survive and you need to look into and do research on the types of fish you want to keep and see what temperatures they like to live at.

Some fish will deviate from this general range however, so you need to do research on your specific fish before buying it.

Do you need to increase the temperature in a fish tank over winter?

If you have a heater in your tank running normally, there is no need to change it when winter arrives; the heater will work to maintain the temperature it is set to.

A glass heater will still bring your tank to the right temperature despite how cold it gets outside, accepting that it is the correct size for your tank’s litrage.

If you normally run without heaters however, then it may be a good idea to install some or switch them on during autumn and winter to prevent it from getting too cold for your tropical fish.

Temperature in the wild vs in a fish tank

In nature, temperatures fluctuate all the time, day and night. Temperatures can jump 10 degrees in some areas, even in tropical climates.

Every climate also has a series of warmer and cooler months. For those temperate areas, we will be used to the typical spring, summer, autumn and winter. For most tropical climates, there is the rain season and the dry season.

However, in a place like Peru, it rarely gets below 14C / 57F, which is the coldest most tropical fish can withstand before adverse health effects occur.

Due to this fluctuation, fish are adapted to deal with temperature changes all the time and it is in their nature to undergo variation in their habitat.

However, in an aquarium, the temperature is kept very stable with an aquarium heater and fluctuates very little.

As a result of this constant maintained temperature day and night all year, the fish can get used to a certain temperature.

Over the years, through breeding fish in captivity and keeping them with this technology, many captive bred fish have become reliant on extremely stable temps and have actually become weaker against temperature change.

However, fish like Neon Tetras have been bred so much in constant aquarium temperatures, they have become relatively weak against large temperature changes over the years.

Inside your house, aside from minor temperature dips at night, your aquarium should remain largely unaffected. The general colder weather may mean your heaters are on more often however, which will consume more energy.

To combat this energy consumption, you may actually want to turn your heaters down a few degrees so they don’t have to work so hard to reach higher temperatures.

As a result of this, your fish will be a little less active, they will eat less, produce less waste, be less likely to show aggression, less likely to spawn and will spend more time conserving energy.

Many fish actually benefit from a period of cooler weather as in the wild this would occur naturally.

However, things should not be allowed to get too cold, so keep the temperatures above at least 22 C / 72F for most tropical fish.

What happens if your aquarium temperature is too low?

When your tank gets too cold, your fish will at first slow down in activity. They may become pale and will remain still, trying to conserve energy.

This is the fish’s reaction to having its bodily processes slowed down as the temperature drop affects its metabolism.

Tropical fish will often not take well to fast and dramatic temperature drops and will receive adverse health effects over time kept in cold water.

Being too cold prevents them from digesting their food and having proper organ functionality. Prolonged exposure to cold temperatures leads to ill health and eventual death.

What to do if your fish tank temperature gets too low

If you notice your thermometer is reading too low for your fish, then the first thing to do is check the heater. Check to see if it is switched on and is set correctly, then try turning the dial to see if it comes on.

If not and your heater is broken, then it will need replacing with a new one as soon as possible. This is why it is ideal to have multiple heaters on hand, just in case one breaks.

If you aren’t able to replace the heater straight away however, do not fret, as your fish will be able to withstand cooler temperature for a day or two until you get another aquarium heater.

If your thermometer is reading low but your heater still works, then test the temperature with another thermometer. Tools to read temperature can vary greatly in accuracy and some can even go bad after a time.

While thermometer strips are convenient, they aren’t always accurate and a digital thermometer should also be on hand to make sure it is reading properly.

If your heater seems to work but the temperature is wrong, then the thermostat inside the heater has broken. Try and mess with the temperature dial a little; you may need to set it slightly higher than normal to get the same effect.

If this proves ineffective or the temperature suddenly boosts up and down, then swap the heater. An unreliable thermostat is a death sentence for your fish and is not worth the risk.
Thermostats don’t often break, and when they do it is usually only minor. The temperature shown can be off by a couple degrees, but if it is totally off the scale, then don’t use it.

Do you have temperature issues in your fish tank?

How to position a fish tank heater correctly

Glass aquarium heaters run the risk of breaking or shattering if placed incorrectly. They can overheat, become exposed to air, stress and shatter or burn out completely.

To correctly place an aquarium heater, it needs to be fully submerged under water and it needs to be deep enough so that evaporation or a water change cannot expose it fully to the air.

If a heater becomes exposed to air while turned on, it will overheat. You will see it smoke from the glass and it will very quickly become scolding to touch.

Exposed like this for any length of time will stress the surrounding glass and the heater will shatter / explode, leaving shards of glass everywhere.

The only part of the heater that is allowed to sit above the water line is the very top part, where the dial to change the thermostat is located.

The angle of the heater is also very important to get right. Many people go through heaters every few months, but some people can have them for many years without breaking them.

The angle has a lot to do with this – sitting a glass heater vertically in your tank is the fastest way to break it and have it burn out.

This is because heat rises, and if the glass is stood upright, the heat travels up the heater as opposed to the surrounding water. Not only does this reduce its effectiveness, it also causes the heater to burn out and stop working.

Unless the heater is placed in an area of high water flow, like next to or inside of a filter/ sump, we recommend against standing your filter upright.

At this angle, heat can disperse properly, as the whole length of the glass allows the heat to rise up into the water column. It also allows the heater to reach the majority of the tank, as the angle reaches much deeper down as opposed to placing it perfectly horizontal.

Having a perfectly level heater will warm the top half of the tank more than the bottom half, unless there is a current.

Lengthways positioning allows the heater to disperse heat even more effectively, but this is only ideal at the bottom of the tank as the heat rises through the whole length of the tank.

If you have a sump tank for your filtration system, then we recommend laying your heaters on the bottom of the glass like this as it is most effective.

What is the recommended water temperature in aquariums for different types of fish?

Fish from different parts of the world will experience different temperatures and different fluctuations in temperature throughout the year.

Here we will give lists of tropical and temperate fish from different parts of the world, with ideal temperature ranges to keep them at.

While some of these fish may be able to withstand more extreme temperatures. We will simply be listing the temps we recommend you keep them at, where they are most comfortable:

From this list, we can see how there is variation in all fish species; even within the same continent as they are all collected from different areas and lead different lifestyles.

In each continent however, there is a general theme and we can see how South American and West Asian fish, generally have a higher temperature gradient than East Asian, African and Australian fish, which prefer slightly cooler weather.