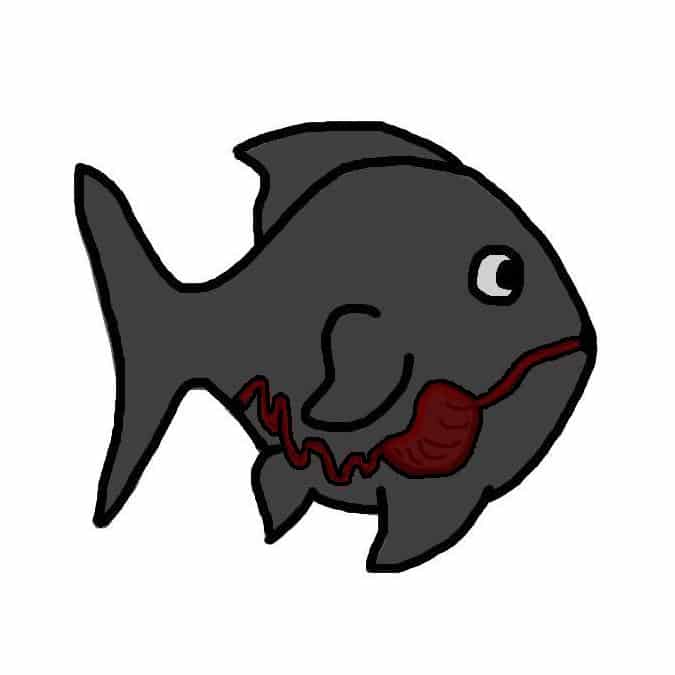 This is one of our favorite goldfish facts! Did you know that goldfish don’t have stomachs?!

Whereas humans (and many other animals) have stomachs to digest their food, goldfish don’t have any stomach at all! Instead, different parts of their intestines have to do the job that a stomach usually would, such as breaking down food and absorbing nutrients from it.

The fact that goldfish don’t have stomachs means that food can’t be stored for a long time or in large amounts. This means that food moves quickly through a goldfish’s digestive system – much more quickly than it would through the digestive system of an animal with a stomach – and that goldfish produce a lot of waste. This is why it’s vitally important that your tank has a suitable filter and that you do regular water changes.

This isn’t just an interesting fact, it’s also quite important when deciding what food is suitable for goldfish. Because food moves quickly through goldfish intestines, it’s generally a good idea to feed your fish soft foods, broken down into small chunks that can be quickly and easily digested. You also need to be careful not to feed your goldfish too often.

So, the answer to the question “do goldfish have stomachs?” is no, they don’t! And here’s one more bonus goldfish fact for you too! Did you know that your goldfish’s digestive tract is about twice the length of its body?! No? Well, now you do!