You are here: Home / Archives for Goldfish Info

All good goldfish keepers take the time to learn about their pets. Knowing more about goldfish helps us to take better care of them.

Why not start by learning the 12 mistakes most new goldfish-keepers make?

You can also explore diseases, like swim bladder disease, and learn how to prevent them.

Plus, do you know the difference between goldfish and koi? Where goldfish come from? And whether or not they have tongues?!

Our Goldfish Facts & Info articles are where you can learn all of this and much more about your goldfish. 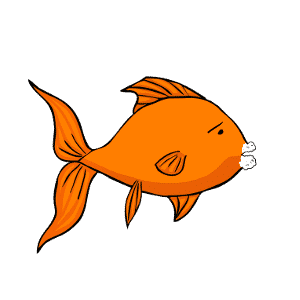 Cotton mouth is not one of the most common afflictions of goldfish, but is one of the more serious ones and one that often gets wrongly diagnosed. It can lead to a wide variety of health problems in the goldfish, and should be dealt with as soon as it is spotted, as it is very contagious and can soon go on to affect all of the goldfish within your tank.

If you want to ensure that you will be able to diagnose and treat cotton mouth if your spot it, read on to learn more. END_OF_DOCUMENT_TOKEN_TO_BE_REPLACED 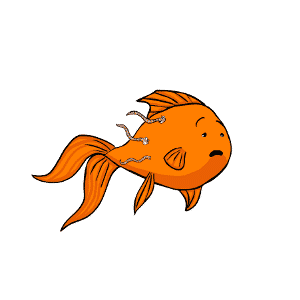 While there are two different types of fluke parasite- gill flukes and body flukes- treating them and eradicating them is undertaken in the same way. END_OF_DOCUMENT_TOKEN_TO_BE_REPLACED 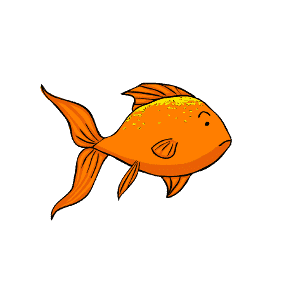 Read on to learn more about velvet, how it is caused, and what to do about it. END_OF_DOCUMENT_TOKEN_TO_BE_REPLACED 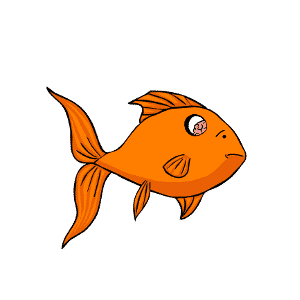 Read on to learn more about hole in the head, plus what you can do to help your goldfish if they are afflicted with this condition. END_OF_DOCUMENT_TOKEN_TO_BE_REPLACED 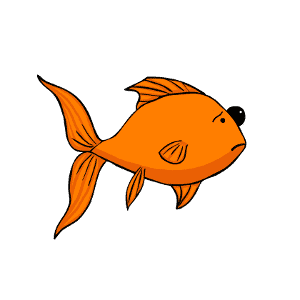 Don’t forget though – some varieties of fancy goldfish are supposed to have big eyes. Goldfish like the Black Moor have telescope-style eyes, which is perfectly normal and not a sign that something is wrong. END_OF_DOCUMENT_TOKEN_TO_BE_REPLACED 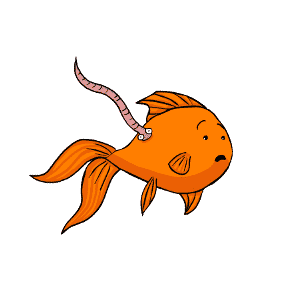 Tapeworms, anchor worms and body lice are three of the most common parasitic problems that can affect goldfish, and these three invaders are sometimes found together. END_OF_DOCUMENT_TOKEN_TO_BE_REPLACED 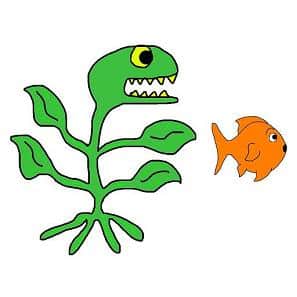 This is a guest post from Ricky at swallowaquatics.co.uk.

Remember how Seymour thought Audrey II was the most amazing plant he’d ever found in Little Shop of Horrors?

If you haven’t seen the film, spoiler alert – the plant starts eating everyone.

Of course, it’s unlikely that invasive plants in your goldfish pond are likely to commit murder! But they could be harmful to your other plants, taking over the living space and restricting their ability to grow and feed.

So, how do you keep these nasties out of your pond? END_OF_DOCUMENT_TOKEN_TO_BE_REPLACED