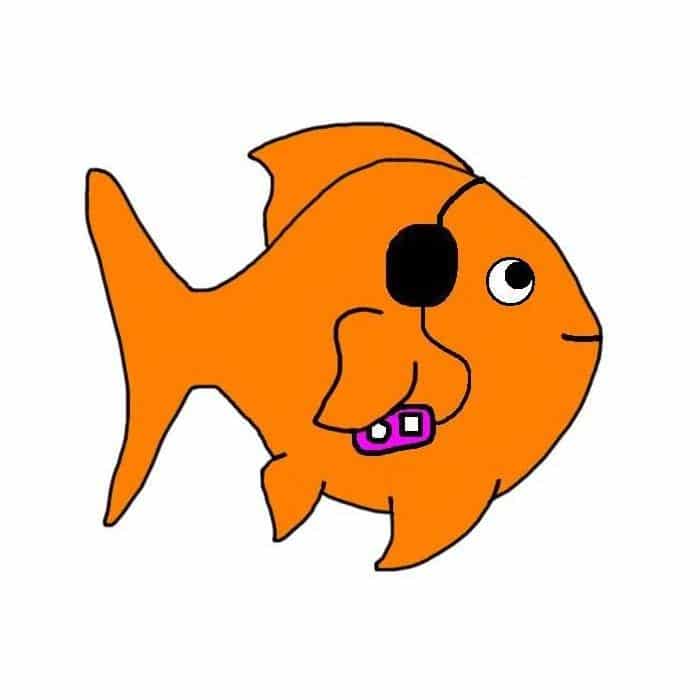 Many goldfish keepers wonder whether their fish can hear them speaking or tapping on the side of the tank. But goldfish don’t have ears. So how could they possibly hear sound?

Read on to find out whether fish can hear and, if so, how they do it!

You may be surprised to learn that the answer to this question is actually yes! Goldfish can hear sounds even though they don’t have ears!

How do goldfish hear sounds?

Goldfish have two ways of hearing sound: The inner ear and the lateral line.

The inner ear is located inside the fish’s head. It consists of small bones that move in response to vibrations that pass through the water and through the fish’s body. The movement of these bones displaces sensory cells in the inner ear and the goldfish’s brain interprets this as sound.

The lateral line runs along both sides of a fish’s body, from its head to its tail. It’s used to detect movement and vibrations in the water. As sound waves pass through water, they cause the water to move. This movement can be detected by cells located along the lateral line. This enables the goldfish to hear the sound and determine what direction it is coming from.

Is it ok to tap on the tank?

You may be tempted to test your goldfish’s hearing by tapping on the side of your tank. But you really shouldn’t do this!

Goldfish are very sensitive to vibrations in the water. Tapping on the side of the tank – or making a loud noise near your goldfish tank – will cause strong vibrations and startle your fish.

Being startled can be very stressful for your fish so you should never tap on the side of your tank. You should also avoid making too much noise near your aquarium.

Now that you’ve learnt that goldfish don’t have ears but can hear sound, why not find out whether they have tongues and can taste food?