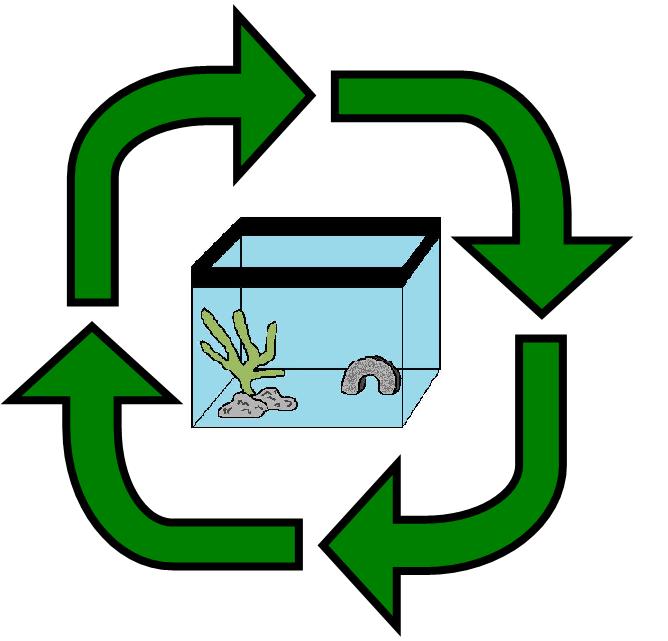 So you’ve decided to get a pet goldfish, you’ve bought a suitable tank, a large enough filter, and maybe some food, plants and decorations… all you have to do now is rush down to the pet shop and pick out your new fish, right? Wrong!

There’s one more very important step to goldfish tank setup and proper goldfish care, which you must follow in order to give your fish the best chance of living a healthy, happy and long life.

That step is called “cycling” your tank. Here’s what cycling is, and what you need to do…

What does “cycling a goldfish tank” mean?!

This may sound complicated at first, but don’t worry, it’s not too bad really and cycling your goldfish tank is very important – so stick with it!

Like all animals, goldfish produce waste. This isn’t a problem for them in the wild, as there is so much water in rivers and in the sea that their waste gets diluted and doesn’t do them any harm. However, in a tank – even quite a big tank – their waste will build up in the water (even if you do lots of water changes) and will damage their health.

This is where “cycling” comes in! When we talk about “cycling” a goldfish tank, what we’re referring to is building up a colony of “good bacteria” in your tank – mainly in your filter and gravel. These bacteria take your water through something called “the Nitrogen Cycle” and make it safe for your fish to live in.

There are two stages to this process:

1. Ammonia (a harmful chemical in fish waste) is turned into something called “nitrite”

This is good – because ammonia is very bad for your fish, so you want to get rid of it! Unfortunately, nitrite isn’t very good for them either. So we need to get rid of that too!

2. Nitrite gets turned into something called “nitrate”

Bacteria to the rescue again! Fortunately, bacteria can turn nitrite into something called “nitrate“. Now, nitrate is still not “good” for your fish, but it’s a lot less bad than ammonia and nitrite, and is only harmful in high quantities. (You’ll prevent nitrate getting too high by doing regular water changes.)

How to cycle a goldfish tank

Cycling a goldfish tank is really easy. All you need to do is set up your tank as if the fish were already in it – including adding gravel (if you want gravel!), installing a suitable aquarium filter and switching your filter on – then regularly add ammonia until your water tests show zero ammonia, zero nitrite and some nitrate.

Great! Wait, what? tests?! Yeah, this will feel a bit like chemistry class, but it’s important (and can be fun!). You need to use a test kit to test your water during the cycling process to see whether you’ve built up a bacteria colony that are getting rid of your ammonia and nitrite and turning them into nitrate. Don’t worry – they come with instructions and are really easy to use!

As well as a test kit, you’ll also need a source of ammonia.

Once you have your ammonia and your test kit – and you’ve setup your tank, with water added and the filter running – simply start adding one drop of ammonia per day for every gallon of water in your tank.

After a few days, test your water for ammonia and for nitrites. You should see quite a high ammonia reading (as you’re adding it!) and maybe some nitrites. if you don’t see any nitrites then don’t worry – just keep adding ammonia each day until you do.

Once you get a nitrite reading, all you have to do is keep adding ammonia and start testing for nitrates. After a few more days – or possibly weeks – you’ll see nitrates start to appear. Once this happens, keep adding ammonia and keep testing for all three substances. Eventually, you will see ammonia go down to zero and nitrites go down to zero, while nitrate readings stay high. Congratulations! Your tank is cycled!

What to do once your tank is cycled

And that’s it! Follow this simple (even if it may sound a bit complicated at first!) cycling process and you’ll soon be ready to buy your first goldfish!

We know cycling can be frustrating, and may mean that you can’t bring home that first fish as soon as you’d like though, so see below for a few tips on how to speed the process up, a few warnings to make sure you don’t mess the process up, and a summary of the main points presented in this article.

Speeding up the cycling process

There are a few things that may help speed up the cycling of a fish tank.

We know that cycling is a complicated topic and can seem confusing at first, but it’s important to realize that goldfish care starts before you get your fish, not when you get your fish. Here are the main things to remember: