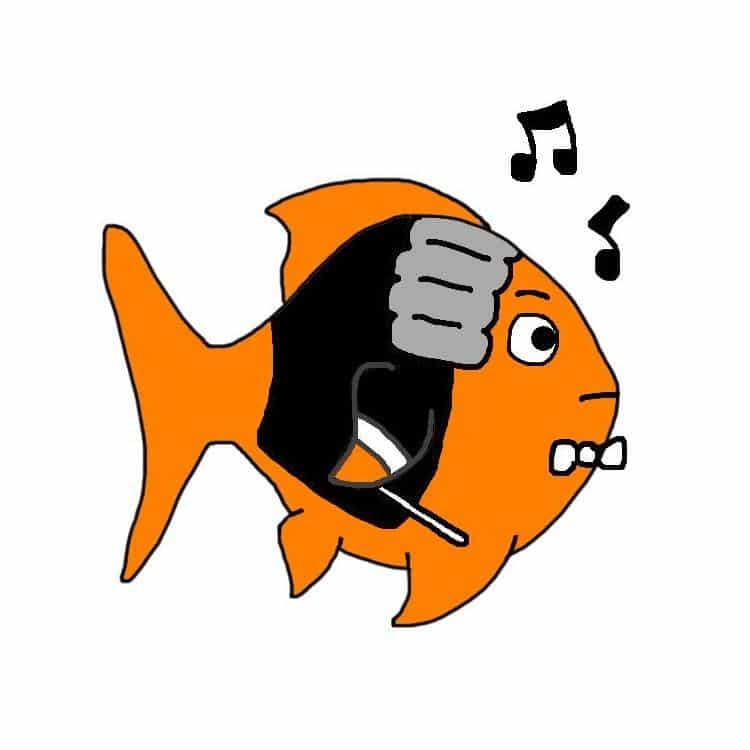 Here’s some surprising information for you! Did you know that goldfish can be trained to tell the difference between different pieces of classical music?!

We’ve already debunked the three-second memory myth and explained that goldfish can hear sound. Well now, researchers have successfully trained a group of goldfish to tell their Bach from their Stravinsky!

Read on to find out how they did it…

First the scientists trained the goldfish to bite on a red bead in order to get food.

Different clips were used each time, so the goldfish would hear different sections of Bach’s Toccata and Fugue in D Minor and Stravinsky’s The Rite of Spring. They wouldn’t hear the same clip every time.

The scientists then put the fish back together and played each piece of music to see which fish would pull on the bead for food.

The scientists even wondered whether the fish would recognize other pieces of music by the same composers, which they hadn’t previously heard.  This did not appear to be the case when tested, however, the researchers did suggest that the fish may be able to learn new music  if they were trained to recognize several pieces by the same composer.